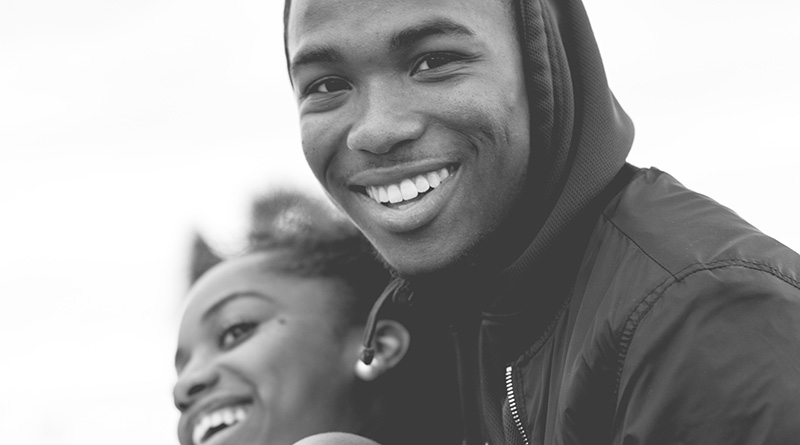 According to Beige Market Intelligence, the condom market is expected to reach a whopping $9.6 billion by 2021. This without a doubt highlights the fact that for this sector to register such margins, they need to have more and more sexually active individuals who understand the advantages of safe sex. Convincing the youth to be safe has been an uphill task globally but without a doubt, the rise in STI and HIV/ AIDs numbers over the years has been a motivation to take up condom use. But is it enough? Will understanding their sexual patterns result in a symbiotic relationship where condom manufacturers can still make revenue and see these diseases kicked out?

The 13th of February is the international condom day which will see a lot of stakeholders emphasising the need for safe sex and championing easy availability of condoms to the youth. The theme is “Condoms are always in fashion”. We reached out to this demographic in both Kenya and South Africa in November of 2016 and posed a series of questions that without a doubt, shed a light to their sexual patterns.
First Sexual Escapades
55% of South Africans engage in their first sexual relations while in high school which is a contrast to their counterparts in Kenya who majorly state college and university period. After providing a range of responses from “in college/ University”, “after college/University”, “in high school” and “in primary school”, primary school had a good number of responses which was both shocking and a true eye opener as this period is associated to naivety on this subject. This brings to mind the debate that shook Kenyans back in 2014 and staunchly divided them between morality lines as one side’s suggestion was to have condoms and contraceptives introduced to primary school goers while the other was claiming this was a too young an age group to have them introduced. This was sparked by the steep rise in early pregnancy in girls as young as primary school (10 years). However, more Kenyans as compared to South Africans are having sex as early as in primary school.

The sensitization on using protection is reaching an audience that is relatively receptive to condom use as a method of family planning which is a saving grace other than other forms of contraceptives that only prevent unplanned pregnancies. Although 68% of Kenyans and 83% of South Africans have in the past engaged in unprotected sex, there is some light at the end of the tunnel as 64% of Kenyans and 62% of South Africans have used protection in the past 3 months.
Opposed to a few years back, peer pressure and lack of knowledge took a back seat as only a small percentage of respondents cited them as the main reasons for involving themselves in unprotected sex.
Did you know that the main excuse people give for engaging in unprotected sex is the use of birth control? This highlights the fact that pregnancy among the sexually active unmarried population is seen as a much scarier fate than what they are risking in return – STIs or HIV/Aids. Point to note is that although we didn’t specify what the term “birth control” meant, condoms were not considered as birth controls as opposed to other forms of contraceptives such as pills, implants etc.

Although the strict sensitization on knowing your partner’s HIV status before engaging in any sexual relations has been emphasized on since time immemorial, a little over 13% of Kenyan and 15% of South African respondents are still in the dark with regard to their partner’s status. Recently, the social hype of “sponsors” or “blessers” has seen a steady increase and has been a major concern. Based on a survey we ran last year, the conclusion we came to was the sponsor/ blesser shelf life is at most a year. This has shifted the scale and is notably a huge factor in the spread of HIV/AIDs as these relationships are purely fueled by monetary gifts other than respect of monogamous relationships. This means that as soon as financial gifts are depleted, the cycle continues but with another person. Despite all this, there is some light at the end of this hopefully HIV/AIDs free tunnel as there is still a great number of respondents (above 55% in both countries) who mentioned that they have requested a potential partner for proof of HIV status before any sexual relations in the past. 51% of Kenyans and 47% of South Africans, have gone for testing for HIV after relations with a partner due to mistrust in the past 3 months which also shines the spotlight on what the sponsor mentality has brought forth in relationships and its propagation of HIV/ AIDs.
According to our rapid poll, the source of information on HIV/AIDs is split between health facilities and online data with regard to the country one is from. Kenyans get their information from online platforms while more South Africans get their information from health facilities. Schools as information hubs, registered the lowest value of information served to the respondents in both countries on this subject.
Will introduction of condoms and contraceptives in schools (which is not done at the moment) as proposed in Kenya, see a generation that is conscious of their sexual experiences as they grow up and an uptake of condom use increased which will consequently see a decrease in the number of HIV/AIDs cases and probably one day just one day, kick it out? This year, South Africans will receive an emergency “condom Bank” of over 50 Million free condoms from AHF (AIDS Healthcare Foundation) while Kenyans have received the gift of free studded condoms from NACC (National Aids Control Council) which is a step toward a protected country one studded condom at a time.

To determine the sexual patterns of some of the fastest growing countries in Africa, the survey was served randomly to Geopoll app users in both Kenya and South Africa including 214 Kenyans and 121 South Africans.

The age range of the respondents was 14-45 years.